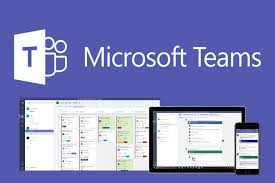 The battle between Slack and Microsoft Teams continues, and it now looks like Microsoft is gaining the upper hand, according to an article written by Buckley Smith at IT World Canada.

As of Tuesday, Microsoft said in a press release it has garnered over 20 million daily users on its communications platform, which comes parceled into Microsoft’s Office 365 subscription bundle.

This represents only 10 per cent of the more than 200 million Office 365 commercial users.

Industry experts say that Microsoft has made Teams its primary focus within the Office 365 suite has translated into significant investments being made to bring emerging technologies like bots into the platform.

Microsoft’s methods of counting users has been called into question in the past, and its own vice-president, Jared Spataro, confirmed that all it takes for a user to be counted is starting a chat, placing a call, sharing a file, editing a document or participating in a meeting through Teams.

This is a large jump from the 13 million users that Microsoft reported in July of this year and an even larger jump from the 10 million total users that Slack reported in October. Just last month alone, Teams users participated in over 27 million voice and video meetings and performed over 200 million actions on files stored in Teams.

Much of these numbers seem to be attributable to the large enterprises, currently using Teams; as Microsoft reported that over 350 companies had at least 10,000 employees each on Teams in October.